Medications for Anxiety: A Complete Guide

Feeling anxious? You’re not alone. Almost all adults experience anxiety from time to time, with some experiencing persistent, concerning anxiety as the result of an anxiety disorder.

Anxiety disorders are very common. In fact, according to the National Institute of Mental Health, an estimated 31.1 percent of all American adults will experience some form of anxiety disorder during their lives.

Anxiety medications can range from over-the-counter products to prescription medications that you’ll need to discuss with your healthcare provider. Below, we’ve listed medications currently used to treat anxiety, along with information on each medication’s effects, side effects and more.

Medications for Anxiety: An Overview

Medications designed to treat anxiety are called anxiolytics, or anti-anxiety drugs. They’re some of the most widely used medications in the United States, with 8.3 percent of all American adults as of 2013 prescribed either a sedative, hypnotic or other type of anti-anxiety medication.

Because no two people are the same, there’s no “one-size-fits-all” medication prescribed to treat anxiety. If you have an anxiety disorder, your healthcare provider may prescribe one or several drugs based on your symptoms, general health, lifestyle and other factors.

*Prescription products are subject to medical professional approval and require an online consultation with a physician who will determine if a prescription is appropriate. Restrictions apply. This drug has risks. See website for full details and important safety information.

Benzodiazepines are a class of medications used to treat anxiety disorders. Some medications in this class are also used as sleeping pills for the short-term treatment and management of insomnia.

Benzodiazepines are some of the most widely prescribed medications in the United States, with tens of millions of users nationwide.

Benzodiazepines reduce anxiety, relax muscles and promote sedation. Most benzodiazepines are prescribed for short-term use. When used over the long term, benzodiazepines have a significant potential for increased tolerance, dependence and abuse.

One advantage of benzodiazepines is that they typically start working very quickly. People who use benzodiazepines to treat anxiety often begin to feel their anti-anxiety effects in less than an hour, making them an effective option for treating anxiety in the short term.

Benzodiazepines work in the body by increasing the effects of a neurotransmitter called gamma amino butyric acid, or GABA.

GABA is an inhibitory neurotransmitter — a type of chemical messenger that’s used by the brain and body to send messages between neurons. GABA’s job is to decrease activity in the neurons to which it binds. This can cause you to feel less anxious, stressed and fearful.

GABA is also thought to be responsible for regulating activity in the parts of your brain responsible for emotion and memory, thinking and certain essential biological functions.

By increasing the effects of GABA, benzodiazepines essentially slow down certain activity in the brain to reduce feelings of anxiety and stress.

Benzodiazepines are very widely used, with tens of millions of prescriptions in the United States alone. Study data indicates that most benzodiazepine use is highest in older people. Common benzodiazepines include:

Other benzodiazepines, such as temazepam and triazolam (sold under the brand name Halcion®) are used primarily as sleep aids and aren’t widely prescribed for anxiety.

Benzodiazepines have a range of side effects, the most common of which are memory problems, drowsiness and fatigue. If you frequently need to drive long distances or operate machinery, doing this after using a benzodiazepine may be dangerous.

Taken in the evening, particularly when used to treat anxiety-related insomnia, it’s common for some benzodiazepines to cause a next-morning “hangover” effect. This is particularly a common side effect of long-acting benzodiazepine medications, such as diazepam.

When used long term at high doses, benzodiazepines can cause withdrawal symptoms if they’re stopped suddenly. If you’re prescribed a benzodiazepine for anxiety, do not suddenly stop taking it. Instead, you should talk to your healthcare provider about gradually and safely reducing your dosage.

Overall, benzodiazepines can be very effective at treating anxiety and may be a good treatment if you have an anxiety or panic disorder. However, due to their abuse potential, it’s important to closely follow your healthcare provider’s instructions if you’re prescribed this type of anxiety medication.

Unlike benzodiazepines, which can start working very quickly, antidepressants can often take several weeks to begin treating anxiety symptoms. Because of this, they’re typically used for long-term treatment and management of anxiety disorders.

One of the most commonly prescribed antidepressants for anxiety are referred to as selective serotonin reuptake inhibitors, or SSRIs.

SSRIs work by blocking the reabsorption of serotonin and therefore increasing the levels of serotonin in your brain. Serotonin is a neurotransmitter that’s responsible for regulating a wide range of functions within the body, including your mood, ability to concentrate, memory, relaxation, appetite and ability to sleep.

People with anxiety and depression are thought to  have low levels of serotonin. By increasing serotonin levels, SSRIs may help to improve the symptoms of anxiety.

SSRIs first came onto the market in the 1980s. While they’re not considered addictive and have a significantly lower potential for abuse than benzodiazepines, SSRIs have a range of potential side effects that you should be aware of before using this type of medication to treat anxiety.

SNRIs work similarly to SSRIs. In addition to increasing the amount of serotonin in your brain, they also block the reabsorption and therefore increase the level of norepinephrine — a neurotransmitter responsible for regulating alertness, attention, memory and other functions. SNRIs used to treat anxiety include:

Some monoamine oxidase inhibitors (MAOIs) may be effective as treatments for certain anxiety conditions, such as social anxiety disorder and panic disorder. MAOIs are older antidepressants that were first discovered in the 1950s by clinical researchers.

Like other antidepressants, MAOIs work by boosting the level of certain neurotransmitters, such as serotonin, norepinephrine and dopamine, in the brain. However, they’re more likely to cause side effects and interactions than newer antidepressants used to treat anxiety.

Most MAOIs are not approved by the FDA to treat anxiety. However, they may be prescribed by your healthcare provider for off-label use if other treatments aren’t effective. MAOIs sometimes  used to treat anxiety include phenelzine, selegiline and tranylcypromine.

If you’re prescribed a MAOI, your healthcare provider may require you to carefully monitor your use of other medications and consumption of certain foods to avoid interactions.

Finally, some tricyclic antidepressants (TCAs) are used to treat anxiety disorders. Tricyclics are an older class of antidepressants first developed in the 1950s and, like other antidepressants, they work by increasing the levels of certain mood-related neurotransmitters in your brain.

Tricyclic antidepressants that are used to treat anxiety disorders include clomipramine, doxepin and imipramine.

Like other older antidepressants, tricyclic antidepressants typically have a higher risk of causing side effects than newer SSRI and SNRI medications. Because of this, they’re often prescribed if other treatment options haven’t proven effective.

Beta-blockers are a class of medications designed to reduce blood pressure. They’re commonly prescribed to manage heart conditions, such as angina, atrial fibrillation (irregular heartbeat) and heart failure, or to improve heart function in people who’ve recently had a heart attack.

Some beta-blocker medications are also effective at treating the physical symptoms of anxiety. Although they aren’t approved by the FDA as anxiety medications, your healthcare provider may prescribe a beta-blocker off-label if you’re often affected by anxiety in stressful situations.

Beta-blockers may be particularly helpful for treating the symptoms of performance anxiety — a form of anxiety that’s related to speaking, acting or performing in front of others.

Like benzodiazepines, beta-blockers start working quite quickly to treat the physical symptoms of anxiety. For example, propranolol, a widely-used beta blocker, usually starts to work 30 to 60 minutes after it’s taken.

One thing to note about beta-blockers is that they only treat the physical effects of anxiety, not the underlying psychological cause. As such, they’re usually only prescribed for short-term anxiety that’s event based, such as anxiety related to public speaking or other stressful situations.

To avoid these side effects and interactions, you’ll need to discuss your general health and use of any other medications with your healthcare provider before using any beta-blocker to treat anxiety.

Other Medications and Treatments for Anxiety

Most cases of anxiety are treated using medications such as benzodiazepines, antidepressants or beta-blockers. However, several other classes of medication can also be used to treat anxiety disorders. These include:

A wide range of different medications, from antidepressants to benzodiazepines, beta-blockers and more, are used to treat anxiety.

Of these medications, there’s no “one-size-fits-all” drug that’s best for everyone. Depending on your symptoms, your overall health and your previous experience with anxiety treatments, your healthcare provider may recommend one or several of the treatment options listed above. 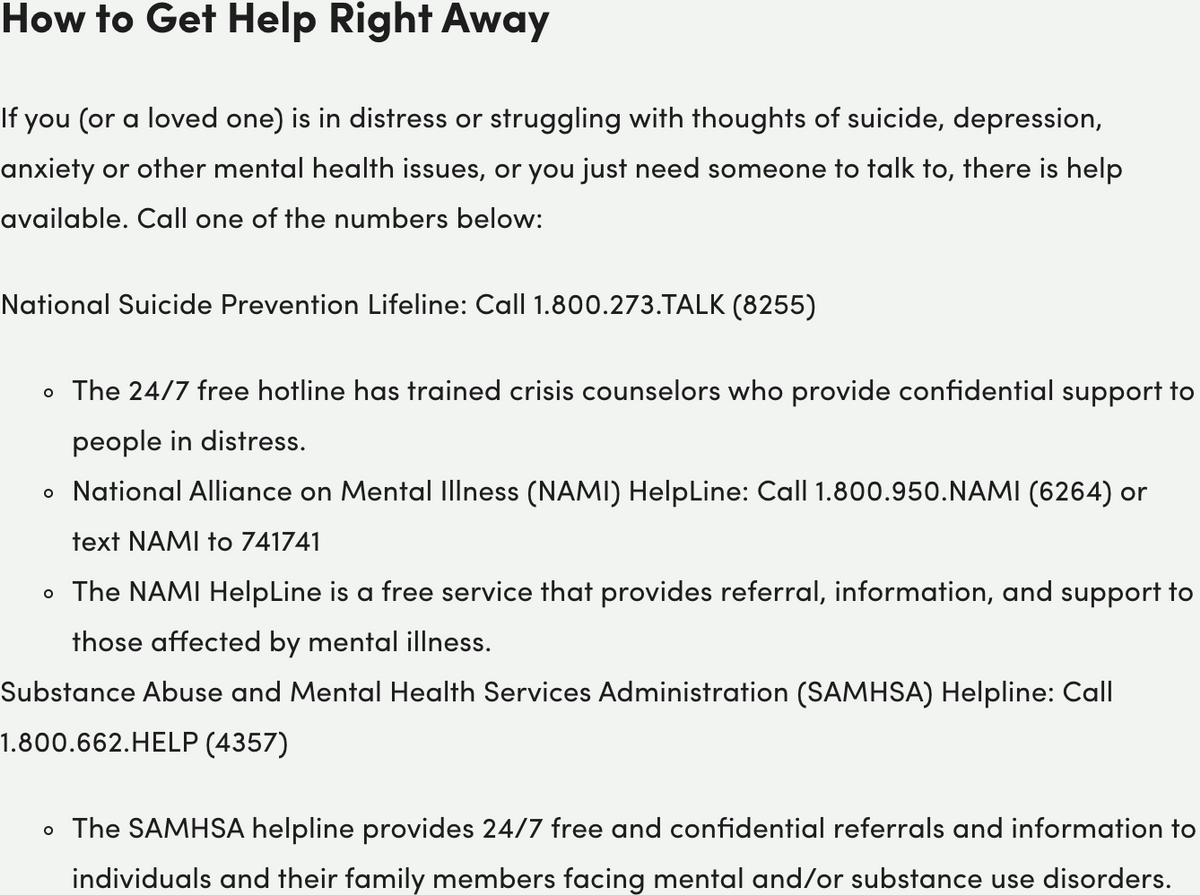